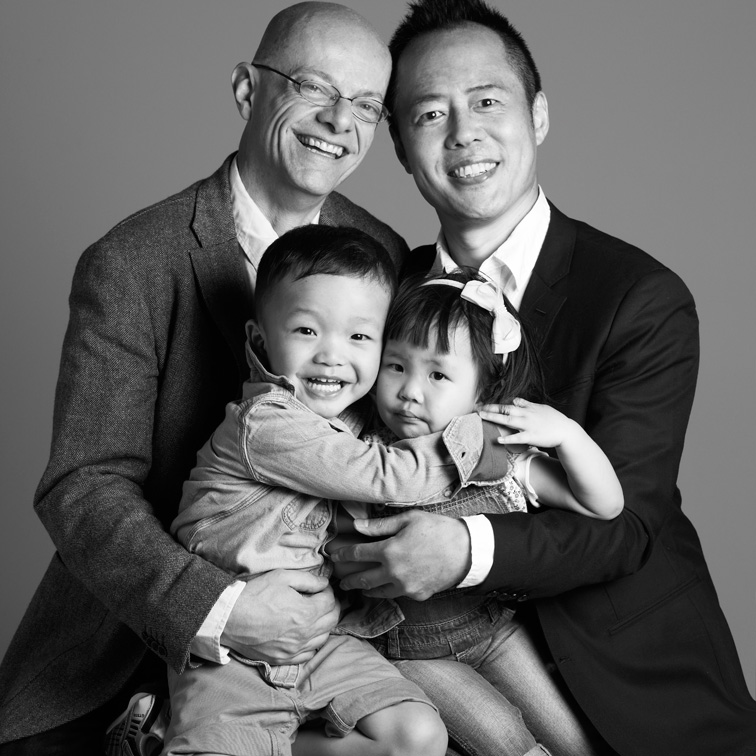 Paul Ma and I met 27 years ago, when I was 29 and he was 25, while I was based in Beijing as a lawyer and he a businessman in a Japanese company. After the Tiananmen Incident (which was a defining moment for us), business opportunities in China declined, and we had to make a choice–a definitive commitment to make a life together, or to go our separate ways with me returning to New York (where he could not join me, because of immigration issues).  We chose to make a life together–and it was in Japan that we did so, starting at the end of 1989.

We both had studied Japanese, so we both gave up our jobs in China, and managed to get visas to study in Japan–me on a Fulbright at Tokyo University, Paul in a master’s program at Nihon University.  Except for a four-year separation, where he lived in New Zealand to obtain his citizenship, and I was transferred to Hong Kong with my employer (during which time we spent all our vacations together in Australia and New Zealand, the only places he could travel on his Chinese passport!), we have lived most of our 27 years together here in Japan, where we returned together in 1998, and which for all practical purposes has become our home, though neither one of us is Japanese.

Coming out for both of us has been a life-long process, and each time we have done so it has been the most effective way for us to show who we really are–two men of good character, completely devoted to each other for life, and now blessed to have two beautiful young children (Laurence Lun Ma and Barbara Han Ma) as well.  Being honest about who we are has enabled us to be stronger in character, more confident and more credible as people, to muster the support we need to address the many challenges which same-sex couples, and indeed their families, uniquely face in the absence of legal recognition or full social acceptance-immigration, travel, tax, healthcare, apartment rentals, employer-related benefits–the list goes on.  And with our young children, we will no doubt discover more, but we know we are up for the challenges ahead.

All of these challenges can be overcome or worked around or accepted, if the underlying commitment to each other is strong. We  never imagined when we met in China in 1988 that we would be able to do a civil union in New Zealand in 2007, or a marriage in California in 2008–or that our marriage would become nationally recognized in the U.S. in 2013.  We encourage everyone to reach out to and be who you are, in all your unique aspects, with your community of friends, family, allies and indeed most everyone you know.  Are there risks?  Most definitely yes, but the strength to face them comes from love first and foremost for yourself, and the incredible strength and support to be gained just by being who you are. And in doing so you will find the world around you start to change, too.

I’ve lived together with Bei Lun (English name Larry) for 27 years.  So many things that we have experienced and faced together and enjoyed together have blown by in what seems like the flick of an instant, are only like yesterday.  Though our family lifestyle has been very different that of many other people, gay or straight, it has been absolutely fulfilling at every moment.  Being a family is a bit like the currents in a harbor, with the good things naturally coming together, and the bad things dissipating naturally, too–with one naturally reinforcing and supporting the other. The true meaning of happiness is to understand how to give and share.